The Webcamera Obscura is a simple tool that helps reclaim privacy within the age of mass surveillance. It is a masking device for laptop webcams that can be used to rewrite, reform and re-invent the images and private spaces that are accessed by one’s online observers. The socket allows one to be seen through imagery of one’s choosing such as vellum, transparencies, plastic, film or darkness. One could make observers look through the drain of a 3D-printed toilet or filter themselves through the softness of flowers.

The Webcamera Obscura is part of #Additivism and was developed for the Additivist Cookbook. 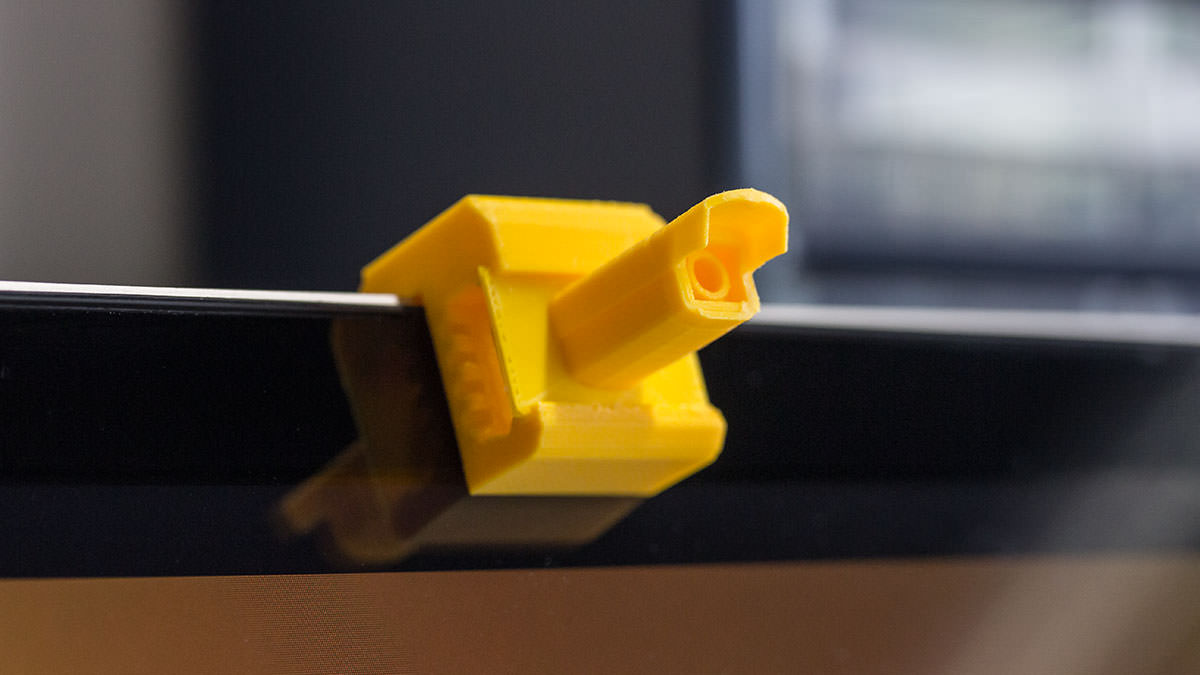 Your Webcam is Yours!

The act of monitoring individuals or groups of individuals objectifies people or worse, assumes that they endanger the status quo. Though this threat may encourage us to protect our privacy by hiding in the digital underground: Your webcam belongs to you!

The Webcamera Obscura encourages one to continue to participate in telepresence as an empowered observed individual - this means setting one’s own terms for being seen and developing a personal visual voice.

Make your own Webcamera Obscura

The basic Webcamera Obscura is designed to fit a macbook and most modern laptop monitors - the .stl can also be modified to suit your PC dimensions needs. You can then modify and / or print modules to shift into the basic socket. Download the Files here (safely from our website)!

Instead, you can also use .svg-files with your own models (the principle is the same).

Once the Webcamera Obscura is printed, the frame of the basic socket is yours to play with. You could use our examples: The blank, the toilet, the camera, the crosshair, the heart and the customizer. The customizer can hold any material you like to experiment with: flowers, paper, trash, letters (‘back in 5 mins’), reflecting material, mirrors, lenses etc.

We will continue to create new Webcamera Obscura Images, show us yours on Twitter by using the Hashtags ’#Additivism’ and ‘#WebcamObscura’