KlickHüpfGuck is a game for Grimmwelt Kassel, a museum about the oevre of the Grimm brothers, which opened in september 2015. Jacob and Wilhelm Grimm were famous German fairy tale collectors and two of the first and most influencial linguists who wrote a substancial German dictionary. 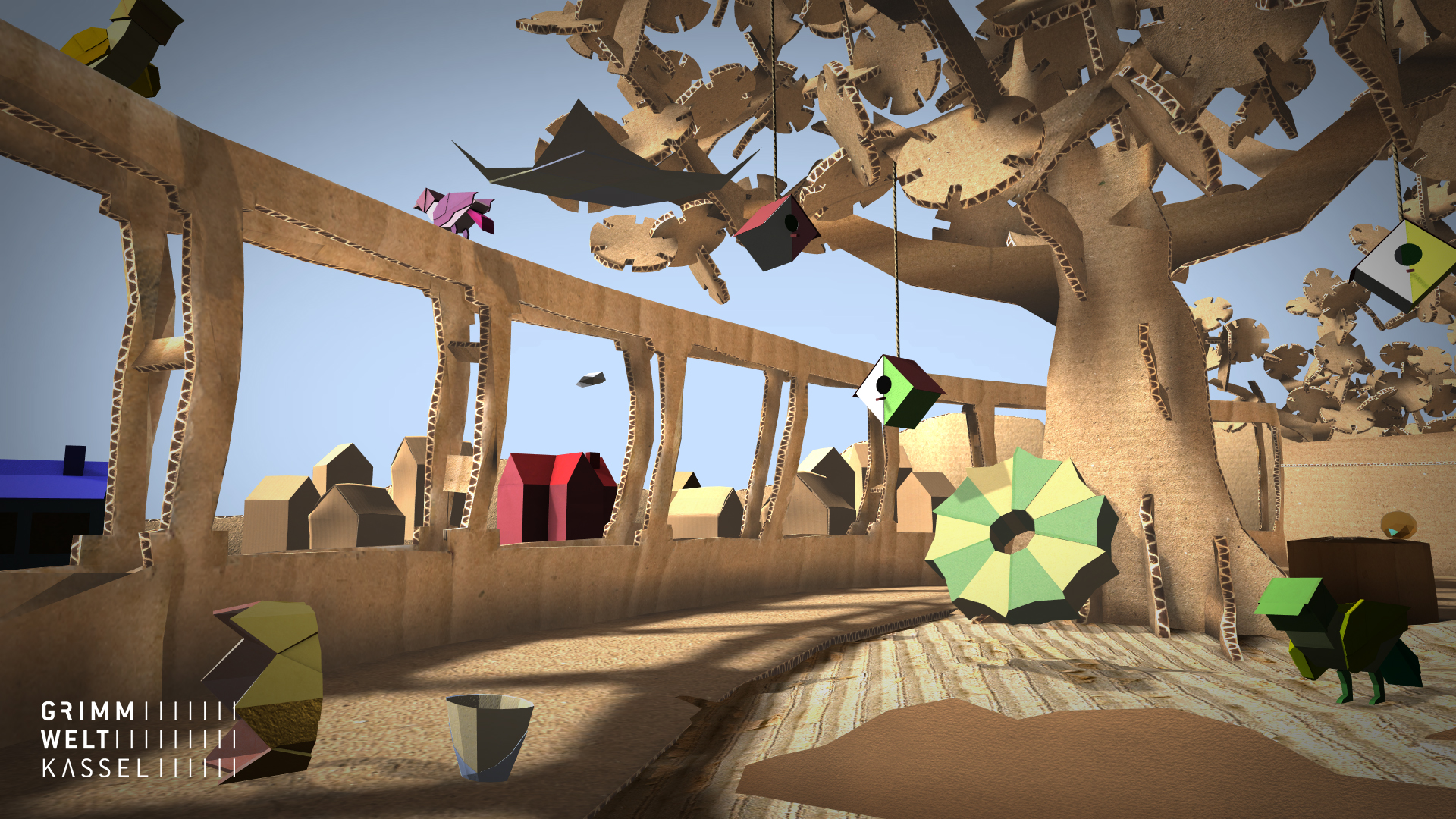 In the game, you enter a paper made version of our hometown Kassel, which got kind of mixed up with fairy tale elements. While clicking through different sets, you find small notes, that give you information about the Grimm’s lives, work and the museum’s exhibition. ‘KlickHüpfGuck’ (translation: clickjumplook) indeed provides not only information: While playing, future visitors can find the way up from Weinberg Kassel to the Grimmwelt museum, engage with the themes of the Grimms, and are the ones who finally enlighten the building. 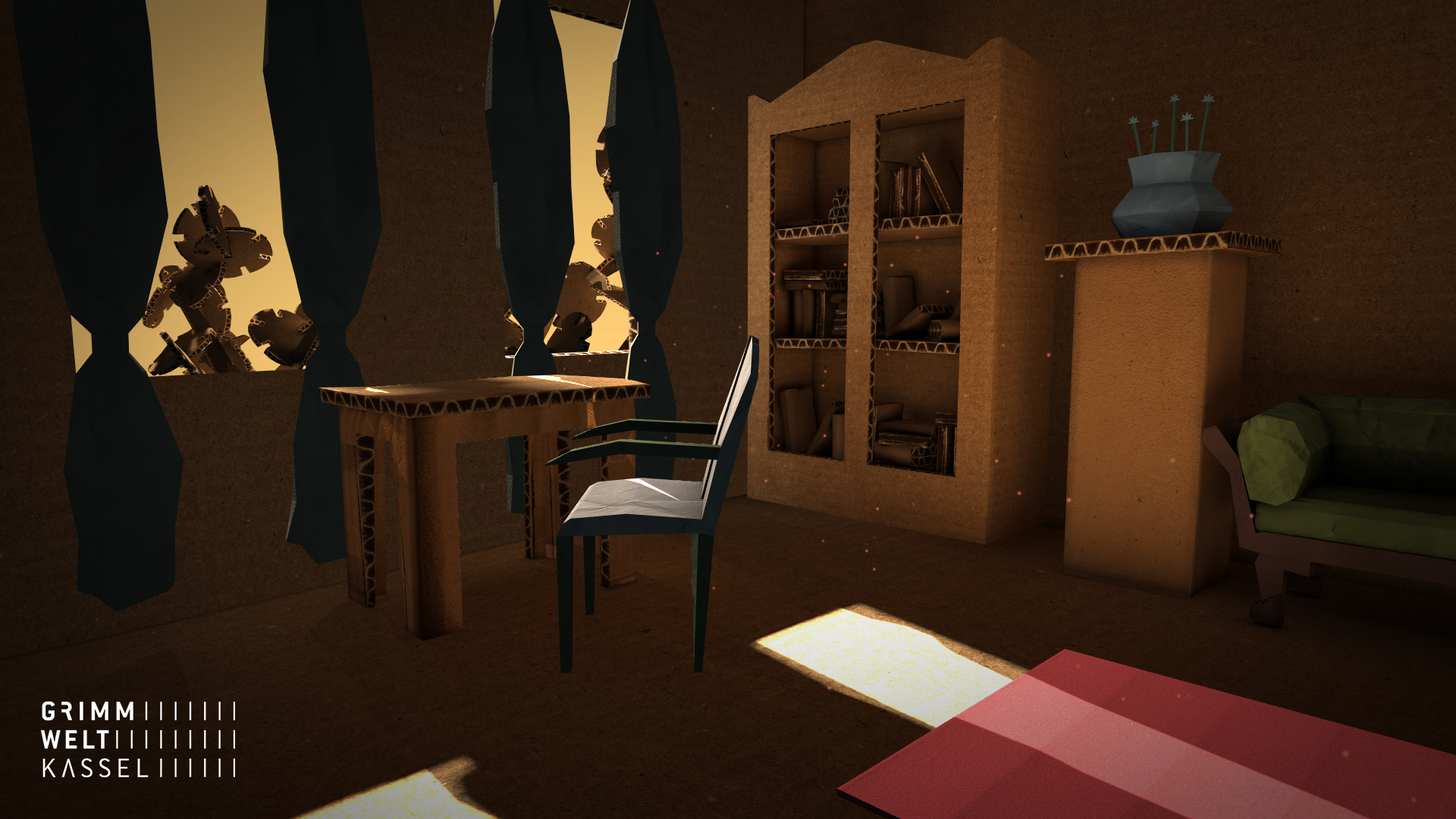 We realized KlickHüpfGuck using a lot of paper and the open source software Blender for 3D objects and animations in combination with the game engine Unity. The production time was about five months, and within that time we learned a lot about 3d modelling, game programming and, of course, the Grimms and the many thoughts it takes to make theoretical concepts like linguism playable. During the whole process of making the game we were in touch with Susanne Völker and Claudia Roßkopf of the Grimmwelt, who anwered all our questions regarding the Grimms, tested and improved the game and supported us in any way possible.

First, we took photographs of the way to the museum, and visited the former Grimm Museum of Kassel. It was very interesting to have an insight into the materials that were used to plan the new museum, both architectually as in terms of curation / exhibition planning. With some of these materials at hand, we came up with ‘core elements’ of the exhibition and therefore the oeuvre of the Grimms and linked them to specific settings one encounters when walking to or visiting the museum (the photographs we took turned out to be very useful). Each of the seven levels we planned had to contain one key object for the players to find. To test the concept rightaway, we built a simple prototype in Unity. 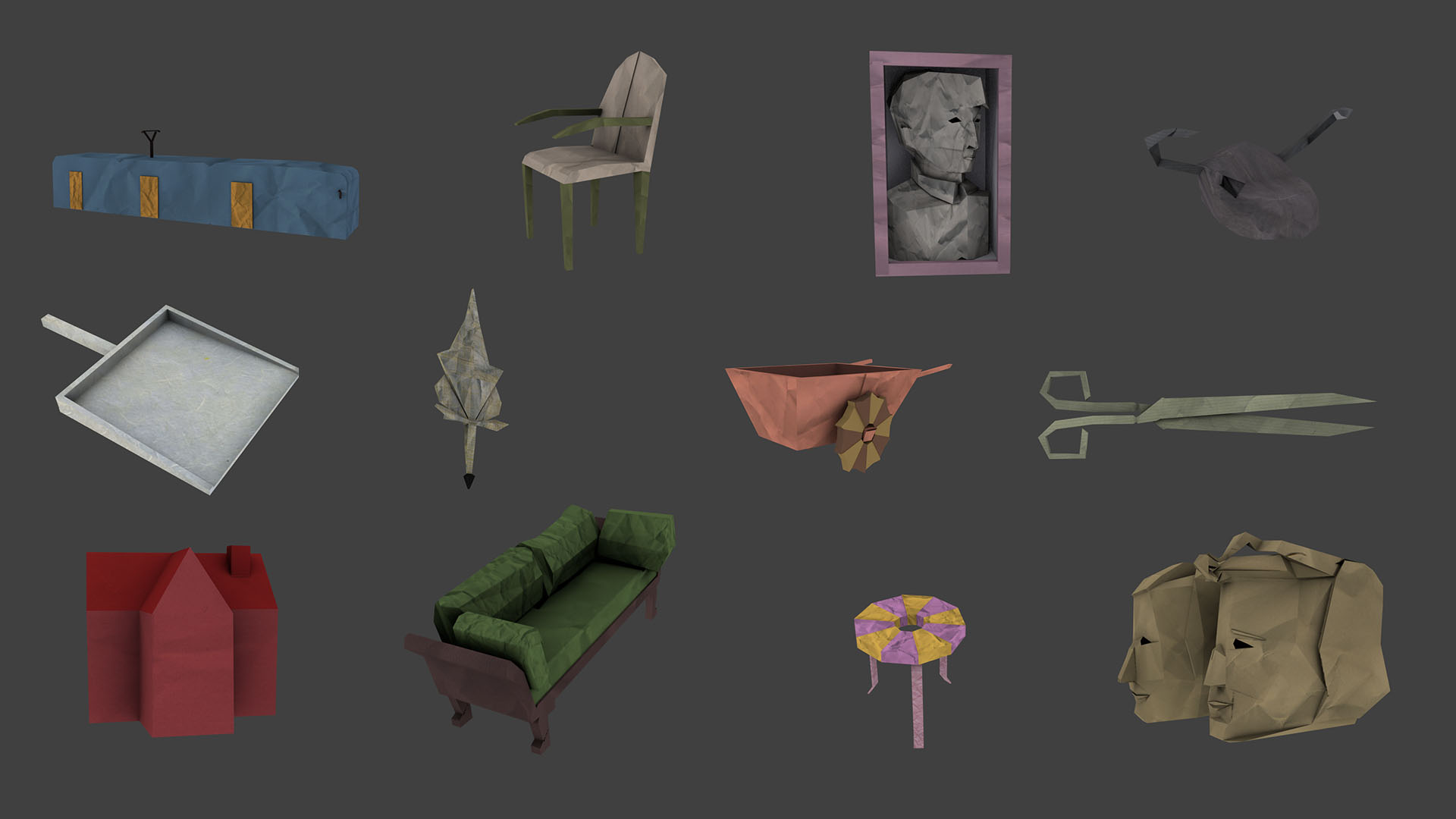 Regarding the design of KlickHüpfGuck a materiality had to be found that was abstract enough to allow players to believe the transition from places they already knew (e. g. the park in front of the museum) to a more fictional setting in which fairy tale elements could be placed. We investigated paper, a material very much used by European researchers and writers of the 18th and 19th century and especially typically for the Grimms working methods. Our first prototype showed that players should be able to understand which objects they could interact with and which not. Materiality was key again: Objects players can click are made of paper, those who belong to the sets, but are not interactive, look like cardboard.

To plan animation and light accordingly, we sketched our ideas ontop of images taken from our prototype. The aim was to find a very typical movement for each object as if the objects had own personalities. Also, we wanted every set to have a very specific mood supported by specific lighting.

When finding the object characteristic to the area the current level is set on, a short text with a short explanation and an excerpt out of the German Dictionary written by the Grimms (‘Deutsches Wörterbuch’) pops up. We wrote the texts in collaboration with Susanne Völker and Claudia Roßkopf. 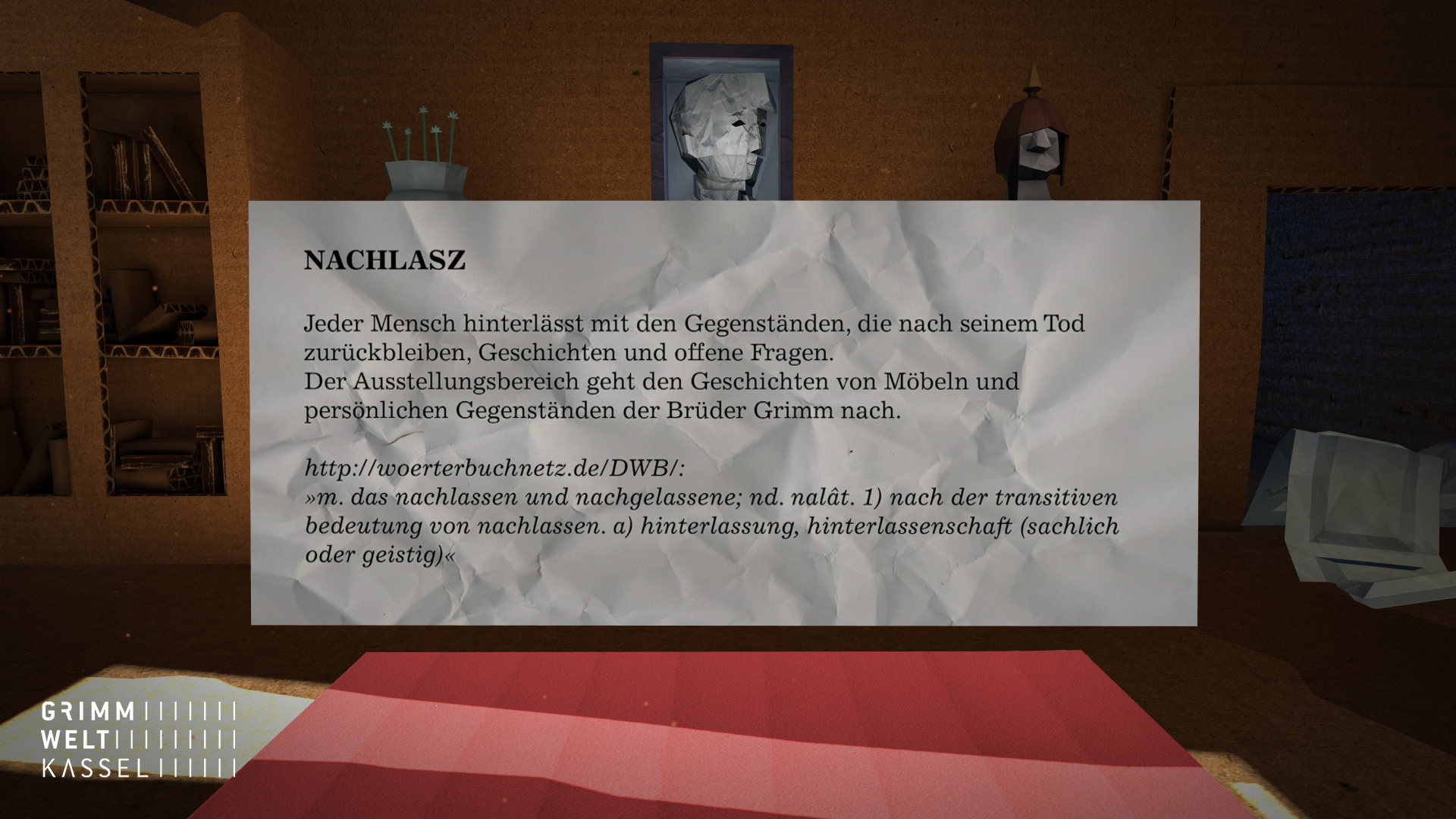 KlickHüpfGuck was released with the opening of the Grimmwelt. It got featured in the Kassel Edition of the German newspaper ‘Zeit’ and within AD Magazine.